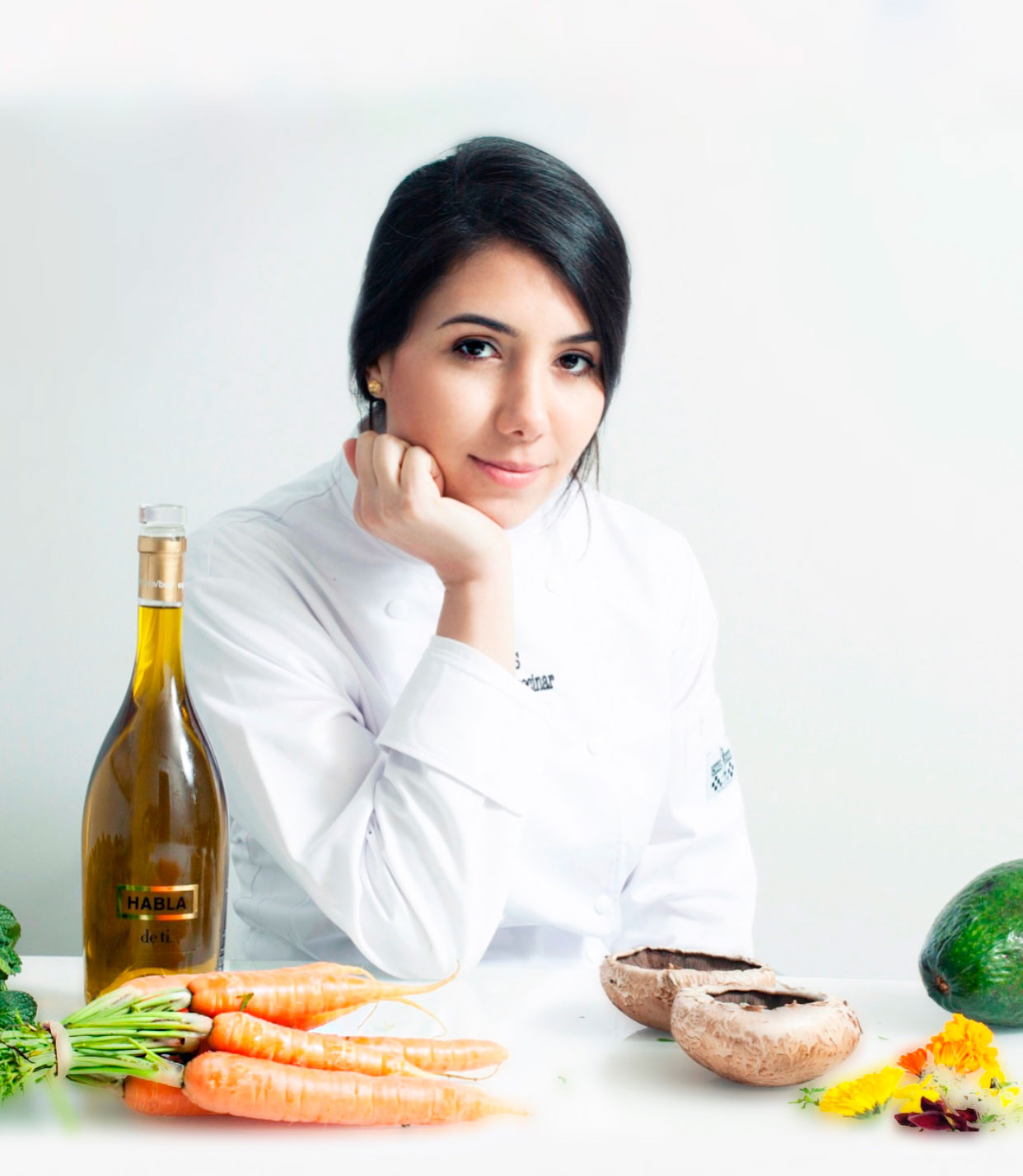 The culinary school Tequierococinar arises from the gastronomic passion between Ros Costantino (the Chef) and her husband Rufo Adarmes (administrator of Tequierococinar) he has always supported her in her dreams and with Tequierococinar school that dream has finally been captured. They are located in Poblenou or Pueblo Nuevo, which years ago was an industrial area and is now one of the most trendy and artistic neighborhoods in Barcelona. We are 5 minutes from the beach. Part of the neighborhood is the Bogatell beach, the Mar Bella beach and the Poblenou park, on the seafront. It became, at the end of the 19th century, the area with the highest industrial concentration in Catalonia and one of the largest in Spain, for which reason it was known as «The Manchester Catalan»

Our gastronomic space is aimed at any foodie person who loves the art of cooking and meeting new people. We also have private classes for special events and teambuildings.

Ros Costantino is the chef of the Tequierococinar Culinary School in Barcelona, Spain. Since she was very young, she was always interested in cooking when she was only nine years old. She went to Tennessee for a year to learn English with her sister and mother. She studied at the Hofmann Culinary School in Barcelona and later did a pastry specialization at the Espai Sucre school. Before opening Tequierococinar she worked in several restaurants in Barcelona and was a cooking teacher for several years, she loves cooking books and another of her goals is to write a cookbook with many recipes to inspire more people to enter this fantastic and delicious culinary world!